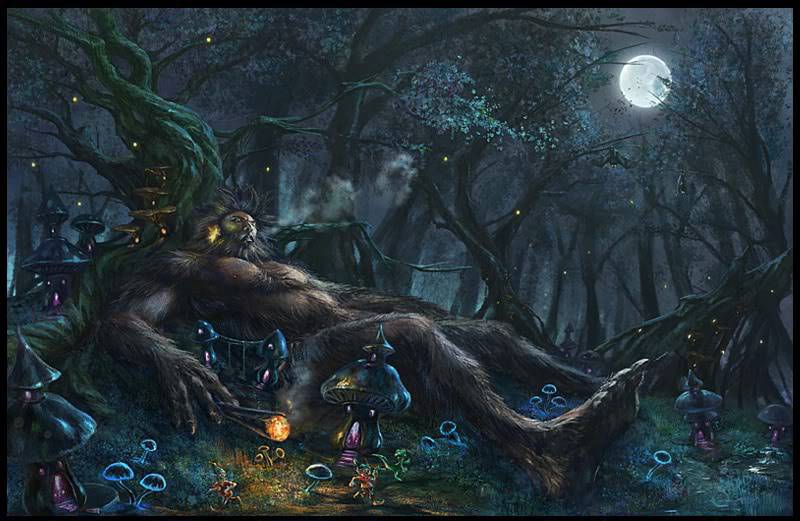 Kapre (related to the Agta in the Visayan languages) is a Philippine mythical creature that could be characterized as a tree demon, but with more human characteristics. It is described as being a tall (7 to 9 ft), brown, hairy male with a beard. Kapres are normally described as smoking a big ganja pipe, whose strong smell would attract human attention. The term kapre comes from the Arabic "kaffir", meaning a non-believer in Islam. The early Arabs and the Moors used it to refer to the non-Muslim Dravidians who were dark-skinned. The term was later brought to the Philippines by the Spanish who had previous contact with the Moors. Some historians speculate that the legend was propagated by the Spanish to prevent Filipinos from assisting any escaped African slaves.