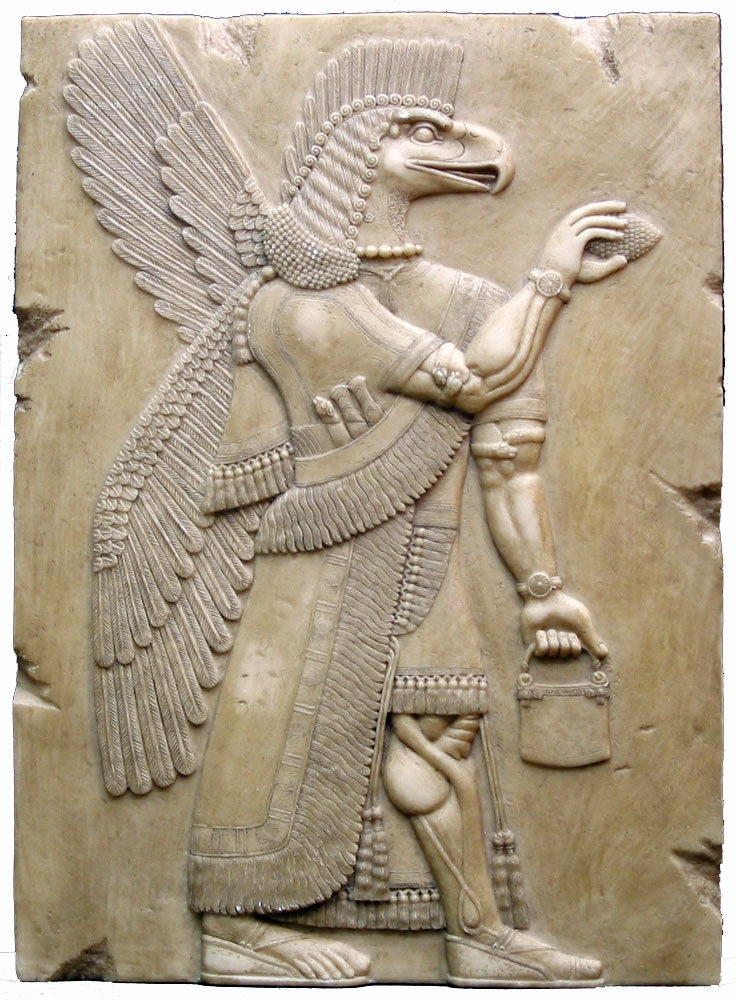 The Apkallu (Akkadian) or Abgal, (Sumerian) are seven Sumerian sages, demigods who are said to have been created by the god Enki (Akkadian: Ea) to establish culture and give civilization to mankind. They served as priests of Enki and as advisors or sages to the earliest "kings" or rulers of Sumer before the flood. They are credited with giving mankind the Me (moral code), the crafts, and the arts. They were seen as fish-like men who emerged from the sweet water Abzu. They are commonly represented as having the lower torso of a fish, or dressed as a fish.
According to the myth, human beings were initially unaware of the benefits of culture and civilization. The god Enki sent from Dilmun,[1] amphibious half-fish, half-human creatures, who emerged from the oceans to live with the early human beings and teach them the arts and other aspects of civilization such as writing, law, temple and city building and agriculture.[2] These creatures are known as the Apkallu. The Apkallu remained with human beings after teaching them the ways of civilization, and served as advisers to the kings.[3]